Directed by David Lean and lasting nearly three hours, this is an epic film about a POW camp undr Japanese control. The film has many stars including William Holden, Jack Hawkins, and Sessue Hayakawa. The crowning performance and one of the better leading acting performances I’ve seen is by Alec Guinness who plays the British commander of the captured British troops. Guinness gives the performance of his career and this is Obi Wan-Kenobi we’re talking about here. The film deals with a lot of social issues and deals with them perfectly. Guinness and Hayakawa play polar opposite characters who come to intellectual blows on how to command a troop of soldiers. The film also deals with what is at stake when you become a prisoner of war and whether or not to obey the rules of your capture or to remain tru to your principles. Like many famous epics of its time, The Bridge of the River Kwai relies on ultra realistic events on location which makes it unique. This is achieved by actually building a freakin bridge out in the jungle. The end is a masterful sequence that could only be captured in one take and will live on forever. I found the film to be a bit slow in parts not dealing with the POW camp but Guinness and Hayakawa’s performances together prove to be the driving factor in a great film. It’s n wonder it was Ron Swansons favorite film. If you get that reference applaud yourself for being awesome. 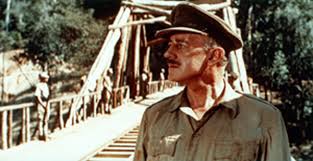 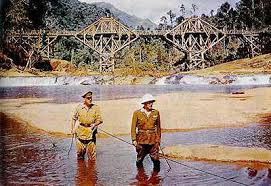