This three hour epic of a drama visualizes the poems of Raymond Carver in which we follow the lives of about 8 families/couples as they weave in and out of each others lives. I’ve always been a fan of Robert Altman but have always found his films a challenge. I think it has to do with the amount of characters. There’s like 500 of them. I mean, look at this cast list.

That’s a lot. There’s a lot of tragedy, bad people, good people, failing marriages, secret hatred, redemption, tension, connecting storylines, and horrible decisions packed into a three hour storm of weaves and intersections. It reminded me a lot of Magnolia but without the superb acting performances or the unique camera shots. That doesn’t mean that this is devoid of those elements, Paul Thomas Anderson is just one of a kind. I ended up liking a lot of the film but as a whole viewing experience it’s a tough watch. It’s like peeling a band aid very slowly. I will say that the whole film is worth watching for individual elements if three hour dramas are your thing. Jack Lemmons small part was extremely fantastic. 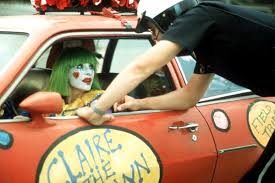