A young man who survives a disaster at sea is hurtled into an epic journey of adventure and discovery. While cast away, he forms an unexpected connection with another survivor: a fearsome Bengal tiger.

Sitting on my DVR for over three months, Life of Pi finally was able to breach the wall into my procrastinating face. I regret not seeing it sooner. I regret not seeing it in theaters. I regret not seeing it in 3D. It’s honestly one of the very few films that I am literally kicking myself for not seeing in the theater. I sat through “Avatar”. I paid to see “World War Z”. Yet I couldn’t get off my ass to go see this film while it was in theaters for three months. What a missed opportunity. Let’s just get this out of the way. I LOVED the film. I couldn’t have loved it more. It was perfect in my eyes. Is it one of the best movies I’ve ever seen? No, but just because a film doesn’t make your all time favorite list, doesn’t mean it isn’t a flawless film. I don’t think I can explain it other than I’ll be watching this film for many years to come. It just so happens to be a film that goes against all my favorite films. It’s like rainbow in a universe of thunderstorms. I love thunderstorms.

So let’s try to get through this piece as coherently as possible. I’m not going to lie, I’m probably going to get lost along the way, but this is how I write and the world will have to accept that. “Life of Pi” is a film about the meaning of life. There. I said it. Ang Lee, who has always made films with moral themes, constructed a film adapted from the Yann Martel novel of the same name with an idea. The idea was that he wanted to change the way you think and look at the world. Did he accomplish his goal with me? No. I’ve been pondering the meaning of life for a long time now and I think I have it figured out.

Guys. I’m not serious. Calm down.

There is actually some truth in that though. I’m not a religious person. In brief, my beliefs lay in what I like to call “agnostic ignorance”. In short, I don’t believe in a God, but I’m a 24 year old kid from New Jersey. What the hell do I know? There have been countless unexplained events throughout history that no living being on this earth can explain. Science has been able to explain about 99% of that, but that last 1% is where my doubt lays. I can’t possibly adhere to a belief that God exists or God doesn’t exists. I just have no way of knowing. I am however, entirely open to the idea of change. If something happens in my life that expresses the true meaning of life, then I’ll embrace it with open arms. Until then, I’ll be the casual observer trying to take in as much as possible…much like our protagonist, Pi.

From a small age Pi learns the wonder free thinking and choice. He studies and tries to find connections with many things such as animals, people, and religion. He practices Buddhism, Christianity, and Islam. Pi grows up and eventually has to move away from his country. The family, which owns a zoo, is moving to Canada and is bringing the animals with them to eventually sell to American companies. In order to transport the animals safely, the family boards a freight barge and starts out for the pacific. Disaster strikes, and Pi finds himself on a raft with a few animals, including an adult Bengal tiger. Giving away anything else would only ruin the experience so I’ll stop there.

When the movie reached this point I was being entertained but I did not know yet what I was in store for. I expected a survival story, maybe a few scenes where we see Pi trying to befriend the tiger and a harrowing rescue. What I ended up getting was much more than that. It was a soup of symbolism, astonishing camera work, visuals, and purpose. Ang Lee and his visual effect team took me into their world. Isn’t that what film is supposed to do? I have always found the great films of our generation to be time machines. They transport you from one place, this case being my bed, to an entirely new and different world. The thing is, you can’t just have great visuals. “Avatar” was a marvel to watch but substance wise it was basically Pocahontas with green people and future war helicopters. “Life of Pi” managed to transport myself into the pacific ocean with a Tiger. I was on that boat. The screenplay was crisp and the opposite of boring. There was just the right amount of space in between progressions to let the viewer take in the situation Pi has found himself in. Like great fantasy films before it, “Life of Pi” was able to show me thing I’ve never seen before while still holding my attention in the story.

The film was beautiful. Like I said, I’m kicking myself for not seeing this in the theater. The incredible night time shots mixed with dark vibrant blue and green colors were seriously some of the coolest things I’ve ever seen. The tiger which was mainly CGI, looked so real that I was actually surprised when I read that only a few of the scenes had an actual tiger in it. They were mostly scenes of the tiger swimming. The ability to direct a film that takes place mostly on open sea and doing so without boring the audience is why Ang lee won his second Oscar for best director. He utilized his incredible visual effects team and a beautiful story by Yann Martel to create one of the most immersing films I’ve ever seen.

Before I finish, I want to talk about the moral themes of this films. If you haven’t seen the film and want to go into it without any knowledge of the ideals brought to light at the conclusion then please stop reading and go watch it for yourself. Otherwise…

The whole theme of God is very prominent throughout the film but it’s the message told by an adult Pi at the end that really stuck with me. As I said before, the idea of going through life trying to figure out its mysteries is what keeps me from falling into a dark depression. I hope I live to 120 years old to try to figure it all out and while that is unlikely, I hope to still get as close to true enlightenment as possible. I don’t think I’m there yet. I don’t believe in a higher power. I don’t feel it in my heart. I don’t particularly think that life is meaningless either. I used to. I used to think that when we die we lay in the ground and become ash. The light just goes out. I’m starting to realize that there is more to it than that. There has to be a reason for all this discovery. I would hate to think that everything we experience is lost when our body finally decides it has had enough. It is this urge to live on that keeps me from going down dark paths. This was the overall message for me. The film lets the viewer decide what is real and what is not. If you like the story with the 600 pound tiger afloat with a man at sea for months then it is your right to believe it. If you find that story completely unrealistic and silly then you have the right to do so. Many people like to believe the former. I myself like to find a balance between the two.

Life isn’t all rainbows and happiness. Dark and cruel things happen in this world that can not possible be explained or justified through the eyes of man. You can not blame a higher power or cast that name in vain. Life happens. Ships sink. People die. It is what you do in the face of all these things that gives life its meaning. The relationships you have with people and the relationship you have with yourself is where you should find true meaning. If it is in fact true that there is no life after death and that we all just flicker out like candles during a windy night, then I would at least take solace in the fact that my life was a good story. That’s all I can ask for.

I can’t believe I watched this movie. I hate these kind of people. I’m not talking about the murderous criminal people. I’m just talking about people who live for fitness. The size of The Rock in this movie is almost against nature. I skipped this film in the theaters due to the still horrible trailer and notion that it was going to be a weightlifting comedy. There would have been no amount of money in the world that could bribe me to sit through that. Although, a funny thing happened when watching this film…

I was entertained. I laughed. I ended up enjoying it.

This is in no way a good film. It is in the strictest sense a very entertaining film that never gets too stupid. The film centers around the true story of three meatheads who kidnap a wealthy man and extort money from him. After that initial crime, the movie just gets absolutely bonkers while still holding true to the actually events that happened in real life. Michael Bay didn’t do anything special here and the film was actually devoid of his usual musings of car chases and explosions although there is a good deal of action. The Rock was particularly funny as he played a very troubled and confused beast of a man following orders for no apparent reason other than he wants to please Jesus and make a better life for himself. Yes, all three are that stupid. The supporting cast was great as Shalhoub played a very despicable man who is supposed to be the victim but really at the end of this film we realize that all these people are horrible and that we should just enjoy the ride.

I enjoyed the ride. It’s worth the rent. 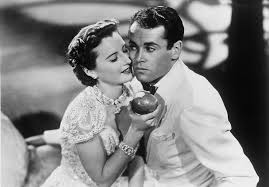 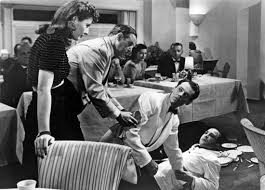