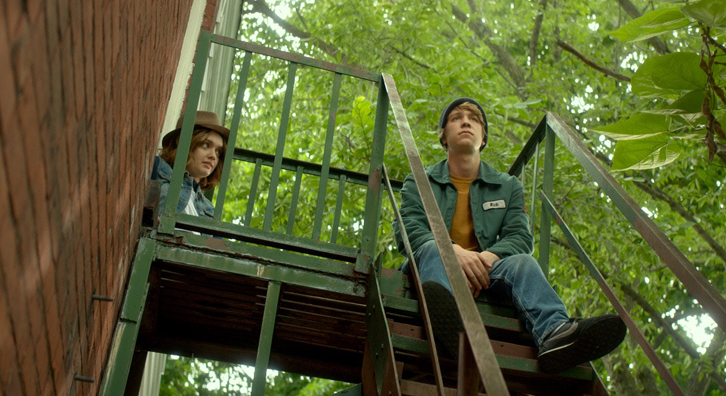 A promising young drummer enrolls at a cutthroat music conservatory where his dreams of greatness are mentored by an instructor who will stop at nothing to realize a student’s potential.

I have only clapped at the end of one movie(which was this year…Boyhood), but now I can say I clapped to two. I couldn’t help myself. The theater couldn’t help itself. Whiplash was that good. I turned to my friend with absolute glee and shouted “THAT WAS FUCKING AWESOME”. I was, and still am, completely blown away by this film. The plot is simple. Andrew (Teller) is an aspiring jazz drummer in the most prestigious school in the country. He is hand picked by Terrence Fletcher (Simmons) to join his competition band comprised of some of the best musicians in the country. While there are a small amount of secondary characters including the return of Paul Reiser, the film mainly focuses on the relationship between Andrew and his teacher; a relationship that grows more volatile by the second.

There just isn’t enough to say about this one. It’s an emotional rollercoaster that doesn’t let up from the starting drum roll to the final curtain. I was captivated the entire time. I’ve had experiences with all the parties involved. I saw Chazelle’s first film “Grand Piano” earlier this year and found it to be entertaining but ultimately forgettable. Miles Teller broke onto the scene with his role in “The Spectacular Now” but is mostly known for his college party films such as “21 & Older and Project X”. JK Simmons is a brilliant character actor who was perfectly cast as Jonah Jamison in the Spiderman films and always delivers an interesting performance. All three combine to give the highlights of their careers in this film. Teller is remarkable. He completely sells Andrew’s strive to be the greatest drummer the world has ever seen. He is passionate, dedicated, and driven. Simmons is a force of nature. It is, without a doubt, the performance of the year so far. He dresses in all black. His face is stone cold and the boom of his voice is thunderous. Not even the smallest mistake makes it past his ears and of you don’t fix it on the next try, you’ll be sorry. The thing is, never was anything he did, no matter how terrifying, ever over the top. Simmons played Fletcher with a frightening sense of realism that will notch him into the lists of greatest villains of all time. This thing was full on psychological horror film for most of its running time, and I couldn’t get more of it.

The films writer/director, Damien Chazelle, knocked this out of the park. The editing was perfect. The pace was perfect. The dialogue and story were engrossing. There was symbolism in the cymbalism. The sound design was amazing. The music was amazing. The man has made a perfect film. It’s always a good thing when as soon as the credits begin to roll, I want to go out and buy a ticket to the next showing. The final 20 minutes was one of the most batshit emotional tornado I’ve ever experienced. In minutes, I was on the verge of tears to almost jumping out of my seat with excitement. His script is uplifting, scary, and ambitious. It tells the story of people who try to be the best and try to get the best out of people. If you have EVER been REALLY REALLY good at something, this film will show you just how much you have to go.

I just…can’t say enough about this film. I know this review is kind of short, but I really just can’t talk about this film in too much detail. I’ve noticed that most of the films I review that I consider fantastic pieces of film, have short reviews. I want you guys to experience these movies with a general idea of what to expect but to still be blown away by completely unexpected events. This film is not a masterpiece. This film is like your grandma’s cooking. It may be lasagna, but there isn’t a thing you can find wrong with it or a thing you would change. I can’t wait to see this again. I can’t wait for it to be released in more theaters so others can experience it.

Fuck it. This is my film of the year. So earned. It was just my fucking tempo.